Wences Blanquet was only four years old when he illegally crossed the Mexican border into California with his mother and aunt. It took him at least six years to realize it was not a typical childhood experience.

Blanquet said what he remembers most about the journey are the long bus rides at night through Mexico.

“Whenever I smell the diesel smell, it reminds me of being four and going on the start of this big epic trip with my mom,” said Blanquet.

Once in Tijuana, Blanquet recalls meeting with a coyote that led him and a few others across the border.

“I remember we had to sit very quietly with a blanket over us at the back of a car. It was a small car, and it was dark and nobody made a sound, except for the driver,” said Blanquet. “The rest of us were just quiet and huddled as best as we could in the back seat - the floor part of the car.”

Blanquet said his mother, Maria Nelson, actually spent two years in California to establish a residence prior to eventually going back for her son in 1991. During her absence, Blanquet remembered harboring negative feelings towards her.

“It was just anger and sadness for a while, a lot of frustration, and when I was finally with her again, a lot of those feelings came back because there was a lot of unanswered questions,” said Blanquet.

Blanquet and his mother lived in Yucaipa,California during their first year in the U.S., where Blanquet attended kindergarten. There, he said he had a hard time assimilating to his new country.

“I didn’t understand why I couldn’t go back home, and I remember I got in trouble a couple times at school for, not really fighting, but not exactly talking things out with kids,” said Blanquet.

Blanquet said American traditions such as saying the Pledge of Allegiance before class were confusing for a kid who spoke little to no English.

“I did resist a little bit at first [speaking Spanish] because I was a little embarrassed. Nobody else spoke Spanish in elementary school and my mom would,” said Blanquet.

After a year in Southern California, Blanquet and his mother relocated to Silver Springs, Nevada, a small town with a population of 5,000. Blanquet said it felt devoid of diversity, which made him feel isolated and alone.

“I think the hardest part was knowing that there weren’t many people I could reach out to,” said Blanquet. “I was in a unique situation in a place where there weren’t a lot of other people like me to begin with, let alone in my similar situation.”

In school, Blanquet was an English Learner. He said he doesn’t remember a distinct transition between speaking Spanish and English. One day, he said, it clicked.

Now 31 years old and a legal resident, Blanquet lives in Reno and works for Jensen Precast, a concrete manufacturing company in Sparks. In 2015, he graduated from the University of Nevada, Reno with a bachelor’s degree in art.

“My life now is a lot better,” said Blanquet. “Aside from student debt, it’s good.”

His mother lives in Fernley, Nevada, 34 miles from Reno. Blanquet said he spends time with his mother approximately once a week.

“She’s a big part of my culture. For me, my mom is Mexico. I don’t think I could forget where I’m from because of her. That’s the part of me that’s living,” said Blanquet.

Blanquet said he and his mother visit Mexico every two to three years. He said initially the feeling was nostalgic, and over time, he started to notice small differences in his home town.

“It’s not as familiar. I've come to realize that I've lived here most of my life than I have there at this point. It's a weird thing. You can't really go home, I guess, because that's not really my home anymore,” said Blanquet. 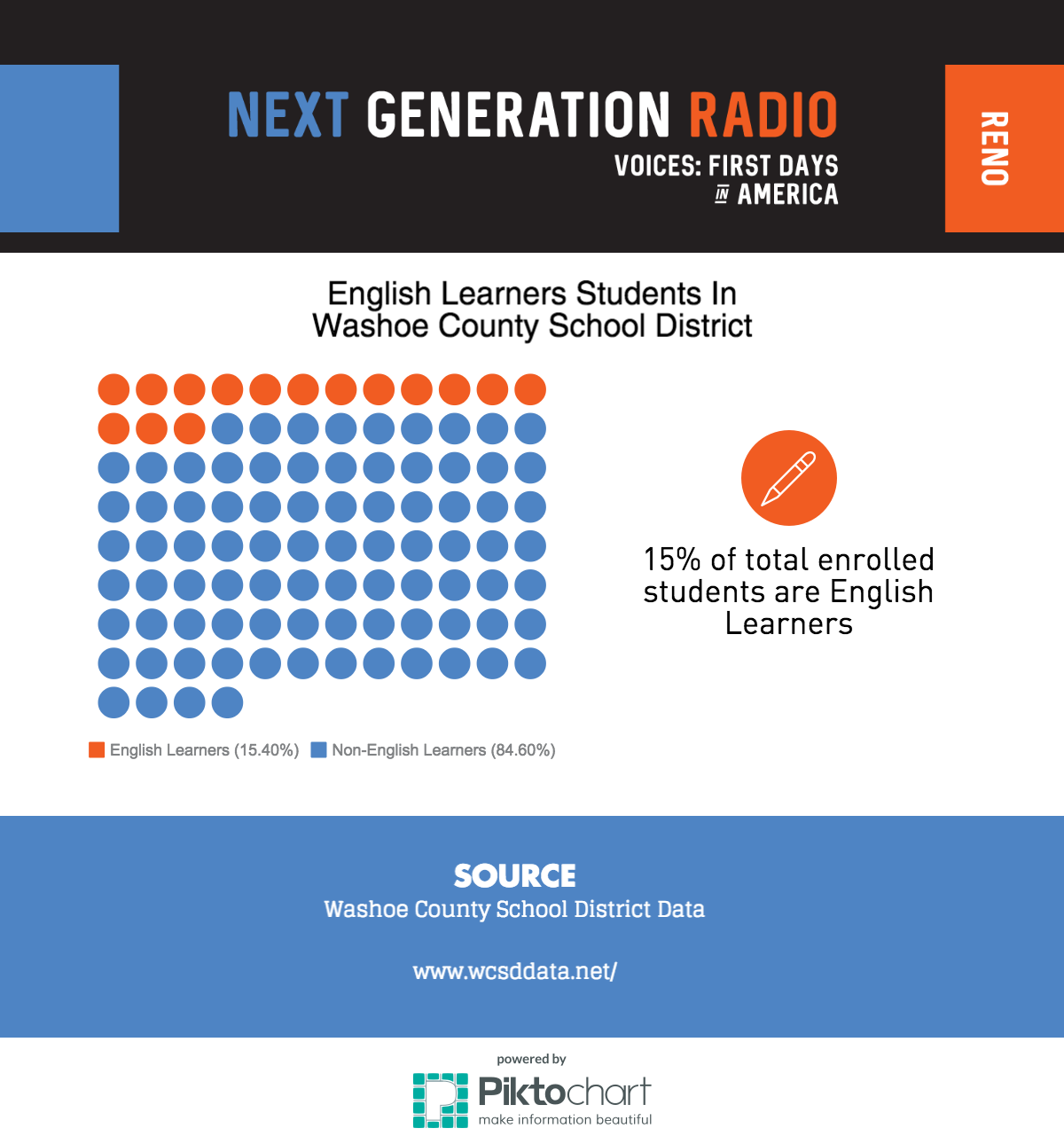