Emanuele Ziaco used to live in an Italian city older than the bible, but in 2012 he moved to Reno, Nevada, to study trees.

America is the land of opportunities, and Ziaco Emanuele saw an opportunity in the U.S. to continue and expand his studies. So, he picked up and moved here, continuing his work and navigating life as an immigrant.

"I've seen many times, kind of a shadow of skepticism, toward me... from other people... many times I've felt like I've had to work harder because I'm an immigrant," said Ziaco.

When he first came to the U.S., his English was less than ideal, so he got by speaking Spanish. When he moved to Reno he mainly talked to the janitors at his lab, recalling one woman who was excited that he was Italian because he came from a Catholic country.

Ziaco’s field is in dendrochronology, which is the study of dating tree rings and seeing how the past climate has affected the growth of trees. He goes out into forests across the U.S. and takes samples from trees, and then takes them back to his lab to study not only the rings, as he used to back in Italy, but the cellular structure of the samples. He hopes that the cells from these trees, which can be thousands of years old, can lead us to unlock mysteries from the past and predict future climates.

But trees aren’t the only thing he has studied during his time in the US. He’s also observed the people. "I noticed that people here often rely on money to solve a problem ... in Italy we rarely see that money, so when there is a problem we need to find a way to solve it with what we have, and that’s being creative. That’s why I think so many people from abroad are successful here, because they find the money here, plus they have the creativity," said Ziaco.

AnotheZiaco notices many differences his first time coming to America. The city of Reno is about 150 years old, as compared to his home, Viterbo, which is more than 2000 years old, and he said this was very striking to him. The slot machines in the Reno/Tahoe Airport were something that also surprised him. Another small detail he noticed when he first got to the U.S. was that people around him didn’t use umbrellas.

Climate change is at the heart of his work, but the trees are his focus. He traveled halfway around the world to study them. When he goes into the forest to take samples of trees older than Rome, he says he realizes just how small human beings are. 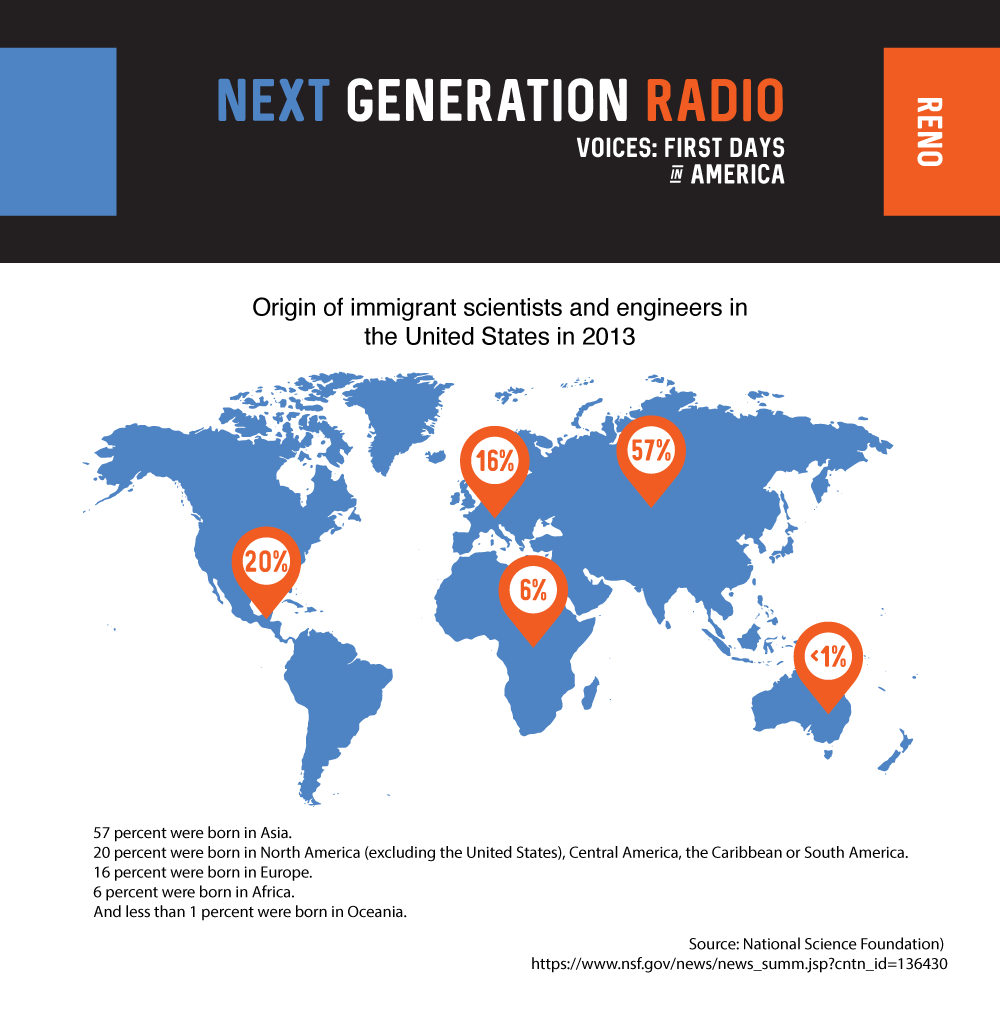 Dendrochronology is a very specific type of science. There are two levels of looking at tree rings to determine the past. There is looking at and marking the rings themselves to see growth in the past, and then there is cutting really thin slivers of wood from a specific ring and looking at the cells in the wood, which can reveal a lot about the tree and the history.

To look at the rings of the trees scientists use a tool shaped like a “T” that bores out a small section, without harming the tree. Then by looking at the rings of the section of tree the scientists can see when there was a drought or a year with heavy rain. They will take samples of several trees in a given area and then cross reference them all in order to get a better idea of when droughts or healthy years may have occurred.

Normally a tree grows a new ring every year. Sometimes there are missing rings, this is why they take samples from multiple trees. One of the scientists will go in with a very sharp pencil and a microscope and mark up all of the samples and then they can look at all the data they have collected to see patterns.

One of the studies they conducted was on fires that trees lived through in the past. By looking at the rings they can see when the fires occurred. They then cross referenced it with when they knew droughts or years of heavy rain occurred. This showed them fires that happened even in years with heavy rain.

When you get to the cellular level, which is what Emanuele Ziaco studies mostly, he looks for patterns and clues within the cells to see how the trees are affected by droughts, rain, and fires. Finding patterns and anomalies is what scientists use to come up with conclusions that they can present.

Seeing how the climate has changed in the past can help these dendrochronologists predict how it may change in the future.