Manuel Mederos was 11 when it happened. He was told to run, and run fast. He was confused and afraid, but the smuggler, the coyote, was very clear: don’t look back.

He, along with his family, was crossing the U.S.-Mexico border. It was a crossing made on hope of economic salvation, and it was a crossing that was successful at first — at least until the border patrol arrived. Even then, things hadn’t necessarily gone wrong. Hiding in the desert brush of Southern California, the family — part of a larger group making the border crossing — almost went undetected.

That was until Manuel’s sister was caught. Looking down from the crest of a nearby hill, a border patrol agent had seen her and called her out.

“My sister, Claudia, was actually the brave one here because when the officer called her out of the bush, she was the one that went up and — nobody [else] moved,” Manuel said. “And I think the officer sort of felt, to a certain degree, he kind of felt fulfilled, if you can use that word. In terms of, 'I got one, everyone else can, you know.’”

Claudia, just 17 at the time, was whisked away by the border patrol and quickly released back into nearby Tijuana, but in 1991 — a time when cell phones and the internet were only in their infancies — Manuel and his father, Ricardo, were left only with the fact that Claudia was gone.

“There was a lot of fear, among all of us,” Manuel said. “There was this sense of, 'Where's she gonna go? Who does she go with? How are we going to see her again? Are we gonna see her again?'”

While Manuel and Ricardo waited in a safe San Diego home, Claudia enlisted the help of an uncle and the services of the same smugglers that had led the Mederos clan across the border in the first place. Finally, she was reunited with her father and brothers.

All told, she was gone for a little over a day.

“[My dad] had high blood pressure back in those days, so that combined with his fear of losing one of his daughters made him uneasy about the whole entire circumstance,” Manuel said. “But after she returned, he felt much better and felt at ease. Now, she's back in our arms.”

From there, the journey was far simpler. The family met with another brother in Los Angeles who then drove everyone up to Salinas, California, then on to in Reno, Nevada. Manuel spent the rest of his childhood here, and now a legal permanent resident in his late 30s, he makes Reno his home. Despite the fear and the anxiety of the crossing itself, he says he’s glad he made the trip.

“We definitely work our butts off to realize our dream to live in a free country, and, we didn't take that in vain,” Manuel said. “All my life, I've really had the desire to pay back to what I have earned. My experience has shaped who I am today. And I don't think I would've asked for it any other way.”

Channeling a self-ascribed love of volunteerism and community, Manuel now works for the Northern Nevada International Center as a language access specialist. There, he helps connect a network of translators and interpreters to clients — which run the gamut from district courts to Tesla Motors — across Northern Nevada and Northern California. He says that interpreting is not just about language, but about being a “cultural broker.”

“Providing professional and competent interpreters really closes that gap,” Manuel said. “It’s beyond communication, it’s about the feeling and emotion that goes behind it, too. Not only is the spoken ability really connecting with the heart, but connecting with the human part of an individual.”
. 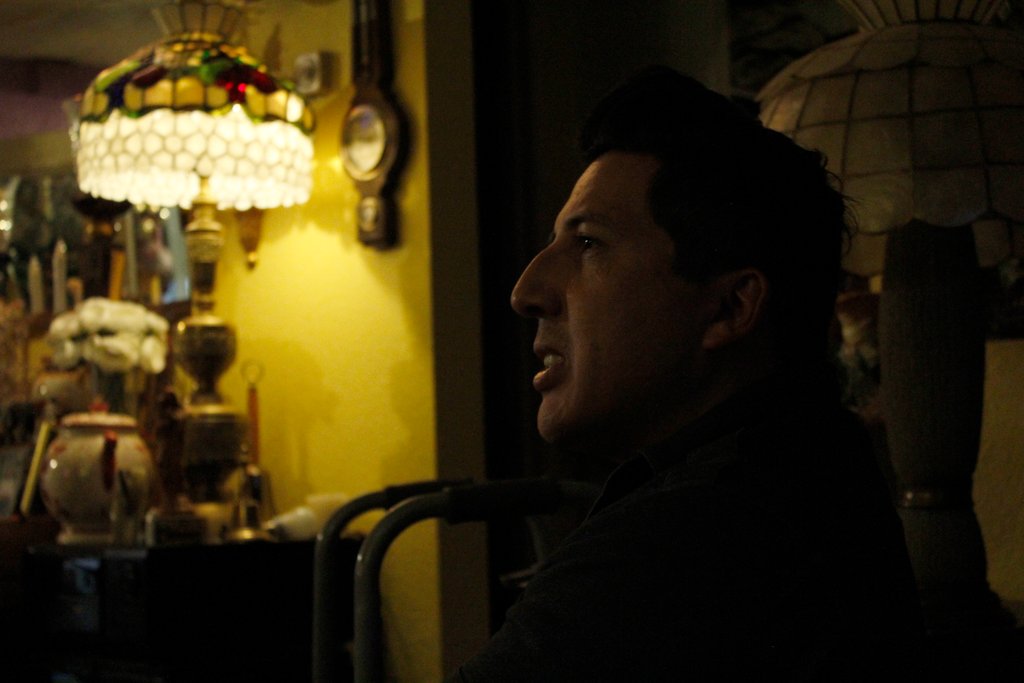